CHAPTER ONE
INTRODUCTION
1.1 BACKGROUND OF THE STUDY
Personal income tax (PIT) according to Decree No.4 of 1993 is a tax imposed on the income of individuals, communities, and families. It is also charged on the income due to a trustee or an estate Akhidime (2013).Since the enforcement of Personal income tax through decree no.4 of 1993,amendments have been made to this decree almost on 10years basis all in the effort to overcome challenges that are identified with the actualization of the objectives of tax regime.
It has been evident that personal income tax in Nigeria had remained the most unsatisfactory, disappointing and problematic of the tax system in Nigeria Akhidime (2013).The Problems associated with personal income tax have invariably influenced the spate of its amendment as deliberate efforts towards addressing the problems identified with it from time to time.
The self assessment tax regime is a system of tax administration whereby the tax payer is granted the right by law to compute his own tax liability,Pay the tax due (at a designated bank ) and produces evidence of tax paid at the time of filing his tax return at the tax office, on due date. On the other hand, the tax authority has the responsibilities of enablement to and checks on the tax payers to ensure a compliance with tax administration process. This means that the self assessment scheme is characterized by partnership and share roles and responsibilities between the tax payer and the authority (Appah, 2013).
Self assessment method of payment of taxes was actually introduced in Nigeria in 1992, following the enactment of the appropriate law in 1991.Initially, self assessment was not mandatory for every tax payer until 1998. Even now self assessment filing has continued to be incentivized, albeit, inadvertently, considering that it was mandatory. To encourage self assessment Kiabel and Nwikpasi (2001) listed some incentives attached to self assessment filers to include; non- payment of provisional tax; installment payment of tax due in not more than six installment payment to terminate latest by 30th November in the year of assessment; 1 per cent of tax payable is allowed as bonus; returns (Accounts and computations ) can be filed within 8 months (an additional two months) of the company’s year end. Malik (2010) summarized that, self assessment requires tax payers to understand the tax system and procedures to possess adequate tax knowledge, to be aware of their compliance obligation and to prepare to comply. This work aims to study personal income tax assessment and collection method in Anambra State, Nigeria.
1.2 STATEMENT OF PROBLEM
Low tax compliance is a matter of serious concern in many developing countries and Nigeria is not an exception. This is because it limit the capacity of government to raise revenue for developmental purposes (Torgler, 2003 ). This implies that the higher the revenue, the more likely government will put in place developmental plans for the enhancement of the living standard of the people. This is because, when people pay taxes, more revenue accrues to the government.
The rate of corruption on the part of tax officials is alarming as most of them connive and collude with suppose tax payers to evade and avoid tax. Sometimes the tax officials are not properly trained on the modern ways of tax administration.
More so, the cost of collecting tax in Anambra State ( both social and economic cost ) is too high to the extent that, if left unchecked, the cost may soon outweigh the benefit or value derived from such operation and that will not be appropriate for the system.
1.3 OBJECTIVES OF THE STUDY
The main objective of this study is to critically analyze personal income tax assessment and collection method in Anambra state, Nigeria. Specifically, it tends ;
1. To determine whether sole proprietors prepare their expected tax using self assessment procedures.
2. To know if organization compute personal income tax on workers in line with their existing act/law.
3. To evaluate the effectiveness of assessment procedures in the collection of personal income tax. 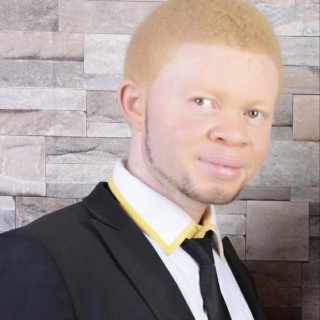